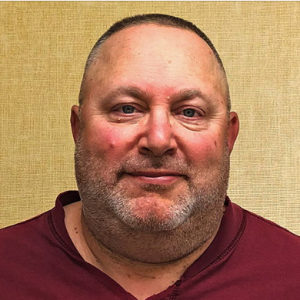 The long and short of it all, is that CARBS will not happen in 2022 as originally planned. The amount of driver support required is simply not there.

Instead, we are planning on making a place for all of our stock car friends at future SCDE events. We are so grateful for their presence, and we are excited to create opportunities for them to turn oval laps around some legendary short tracks. This year, we have Motor Mile in Radford, VA and Southern National Motorsports Park East of Raleigh in Kenley, NC.

If it goes well for us this season, and we have a steady stock car turnout, we will look at adding more dates at those venues in 2023. We will also seek out other tracks that can support both circle-track stock cars, and SCDE for sports cars on the same day.

To fully explain why we are shelving CARBS, it may help to explain how and why we came up with CARBS in the first place:

Last year, we had a stock car driver approach us and ask if his car would be eligible for our Short Course Driver Education events. I checked with our insurance, and they said, ‘no problem’.

We welcomed him in, and he quickly became “one of us”. He told me he had other friends that had stock cars that might be interested as well. He also wondered if I could get them on the big oval at Rockingham. I checked with the speedway, our insurance, and was given the blessing to do oval track education events, with cars that were properly equipped for the higher speeds.

So, we allowed stock car drivers to register for some oval laps between our pacecar-led sessions at M4theM’s June “Surprise Party”, and again during M4theM’s first-ever Roval HPDE.

I was later asked if I would manage a car show for a local charity. In order to raise a little revenue to reimburse us for our costs in those efforts (and without taking anything away from the charity), I invited stock cars to come to drive the oval for a nominal fee.

23 stock cars showed up that day. Hundreds of fans flocked to the backstretch pits. All 20+ drivers had a great day, with almost 2 hours of track time available to each of them.

I asked the drivers there that day, would they be interested in trying this as a stand-alone event? I would try to get spectators to come, and we could build on the success we saw from M4theM’s addition of stock cars to the car show.

The vision was to re-enact history: give the fans the sights, sounds, and smells of the bygone days of stock car racing. The series would travel to the famous Rockingham Speedway, as well as other tracks throughout the year. With two seasons of reinventing performance driver education under our belt, and a couple of successful pilot stock car events, we got to work.

Over the winter, we created a comprehensive plan for our new racing series: from marketing and branding to rules and logistics. After weeks of work, we announced the Classic American Racing Barnstormer Series – CARBS. CARBS would invite private stock cars owners of all kinds to come and enjoy driving their cars, not just parking them at a car show to be looked at.

When 23 cars showed up on March 5th to the CARBS Test & Tune at the Rockingham Open House, we were thrilled with the turnout of drivers and cars preparing for the upcoming season.

Renting a 1-mile speedway is expensive. VERY expensive. So on March 5th, we made the disclaimer that getting CARBS off the ground would require higher entry fees for the first few events. We told the drivers exactly how much it would cost to enter. We explained that these fees are in line with what the typical amateur sportscar driver would expect to pay for an HPDE (as most amateur sportscar events are not subsidized by spectators in the way most stock car events are). We made it clear that we could not price these events any lower until fans started responding. We announced our plan to reimburse the drivers based on spectator ticket sales.

I asked for a show of hands of how many felt the entry fees I described were something they would be able to pay. We agreed that if enough drivers pledged to register, I would do the work and invest the money up front that it would take for the April 23rd event to happen.

All but 3 or 4 of the 24 drivers’ hands went up. We all left the Test & Tune on a good note. I went forward with plans: we advertised, we sold spectator tickets, we spent money to prepare.

A week before the event, only 6 of those 20 or so that raised their hands signed up for the event. To cover expenses, we needed a minimum of 25-30.

I had made a grave mistake in going forward: We did not have as much support from the drivers as we had believed.

So, we punted. I contacted Rockingham Speedway, who generously worked with me to help ease the burden. There was no way I could charge spectators to watch 6 cars, so we refunded all the spectator tickets, and made the event free to the public. We then switched it to 2 days of sportscars on the Roval, and stock cars Oval sessions. We charged drivers no extra money for doubling the time that they would get to run on track. The workers that were supposed to get paid for working the CARBS event worked anyway, in exchange for some track time on the Roval, and food that we prepared ourselves.

Special appreciation and thanks go out to our stock car participants that were able to support the event. Jeff Cini, Mike Daurity, Scott Davis, Cody Dennison, Thomas Hensley, and Joe Jackson. Each of these men dealt with obstacles either before or during this event. Your support was felt, and deeply appreciated.

Will we ever resurrect CARBS as a living history spectator event series as we had planned? Only time will tell.

Now for the last of the not so good news:

Due to the expenditures made toward CARBS that did not and will not realize a return, we are forced to cancel our Summit Point ventures this year. Deposits were due April 24th, and there was simply no money to pay them.

The schedule has been updated to reflect the changes. To replace CARBS, we have shifted to add two more HPCC events: one at Motor Mile Speedway, and one at Southern National Motorsports Park. So we forge ahead in 2022, despite the setbacks.

While our April 23-24 event was not a financial success, the weekend turned out to be a great time for all involved. Every participant had a great time and our culture and family grew together. (Unfortunately, quite a few mechanical issues had some of the stock car drivers rightfully bummed out)

The atmosphere that permeated the event showed us what our future looks like. We remain committed to maintaining a culture of support, inclusion and bettering of each other. These have been our core values since M4theM began.

Now, come join us for our next SCDE, and the debut of HPCC, Hot Pursuit Chase Challenge (the long awaited, competitive cousin of SCDE), May 21-22.

Thank you all for your continued support.

Welcome to the 2022 Motorsport 4the Masses Season! Thanks to everyone who has signed up for our first event weekend at LITTLE

Growing Pains, Pleasures, and the debut of RCDE

…the state of M4theM is solid, we are just still in the beginning of our endeavor and having to work small. We are committed to do whatever it takes to make this survive and eventually thrive. We thank you, our participants and supporters, for coming along with us.

Wow! what great events on the 12th and 26th. On the 12th we ran our best track yet at the Little Rock Roval and have a great plan in place with the speedway to continue there.